Article | bit.bio wins Biotech Company of the Year at the Cambridge Independent Science and Technology awards 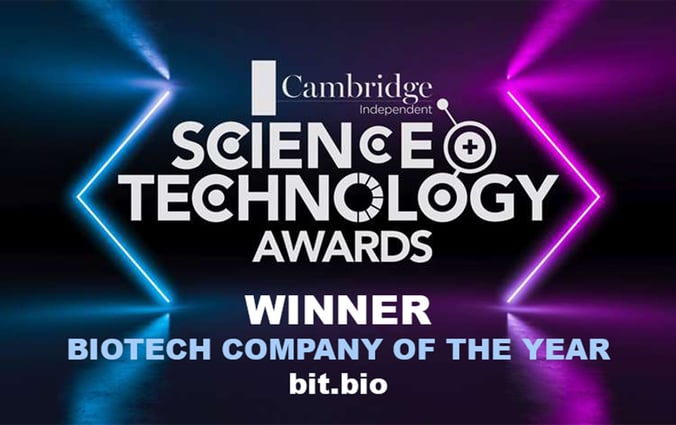 The awards, being held for the fourth time, have rapidly garnered a reputation as the leading celebration of science and technology in the region, and attract international attention.

Hosts said the Biotech of the Year category is one of the most competitive.

Accepting the award at a virtual ceremony attended by over 100 guests, bit.bio CEO and founder Dr Mark Kotter said:

“Despite COVID and the challenges of this last year, Cambridge is still buzzing with innovation and opportunity. That’s clear from the companies and individuals on show at these awards. We are humbled and honoured to have won the Biotech of the Year prize amongst a shortlist of such fantastic organisations. And of course, it’s thanks to the team, the Cambridge ecosystem, our investors, our partners and everyone else who is working with us to code cells for health.”
Mark Kotter

Editor of the Cambridge Independent Paul Brackley, who hosted the ceremony, said:

“The awards underline how the Cambridge region is an extraordinary powerhouse of scientific and technological innovation.”

As well as winning the Biotech award, CEO and founder Mark Kotter was the runner up, achieving highly commended in the CEO of the Year category.

The full shortlist for the Biotech Company of the Year was:

Read more about the awards and winners here.