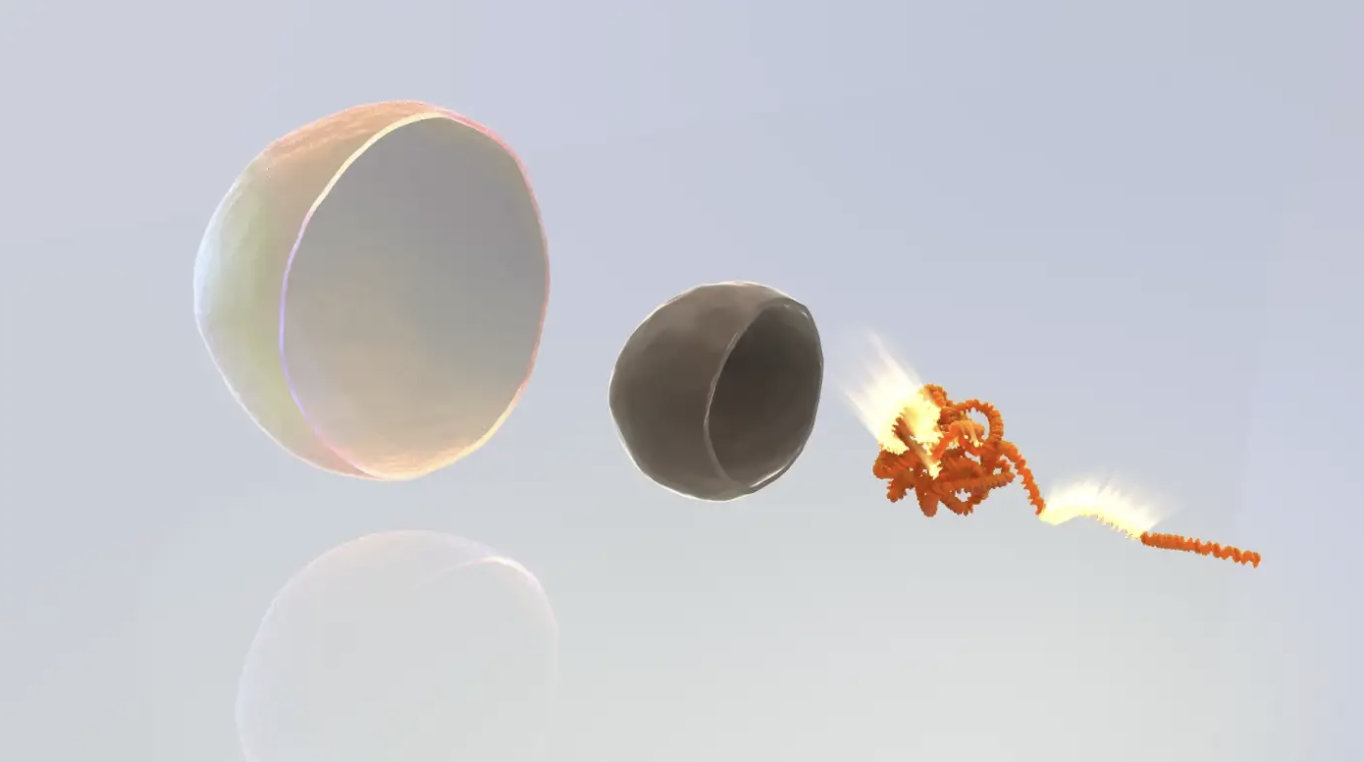 The next disruptive technology in medicine: human biology

At a recent event I was asked what healthcare looks like in 2050. The answer I gave was twofold — it will be driven by data and it will be very personalised. Quite different to what we have today. And a key to unlocking it lies in having access to human cells, the fundamental building blocks of life.

As technology develops further our lives will continue to be filled with wearables — in our clothes, wristbands or potentially something that’s implanted under the skin. These devices will gather behavioural and biochemical data 24/7, constantly monitoring our health, and allow us to detect diseases very early by spotting changes in patterns in the collected data. As a consequence, the spectrum of diseases that we need to target will change.

Early detection may improve the efficacy of current treatments. In addition, the exponentially increasing biomedical knowledge will provide endless opportunities to develop new and more potent medicines. In 2050, cell therapies will permanently rejuvenate our immune systems, preventing cancer and boosting our resistance to infectious disease. Lost organs will be replaced by new ones, 3D printed from individual cells. We will have medicines that are highly personalised and matched to our specific needs. Conditions that are now thought to be untreatable, will have new cures. Regenerative medicine will have become a reality.

There are still problems to overcome

A lot needs to be done before we get there. One significant bottleneck to developing these new medicines is a reliable, consistent supply of human cells. This is critical for translating scientific findings into therapies. A reliable and scalable source of human cells has the potential to transform research and drug development in three ways:

1. Setting standards.
Reliable ‘off the shelf’ human cells are able to address the well documented reproducibility crisis in science. If researchers had a consistent source of human cells to benchmark their experiments this would enable greater comparability.

2. Medical avatars for better clinical translation and personal simulation.
Human biology is unique. Using human cells to investigate basic research questions provides the best starting point for biomedical research. Many conditions are specific to humans. For example, mice don’t get Alzheimer’s, hence it has been tremendously difficult to translate research findings made in mice into clinical therapies.

At the preclinical stage of drug development, before a single person is dosed with an investigational drug, the use of human cell models will enable us to pre-empt data that today requires large scale multi-centre studies involving hundreds or thousands of patients.

Medical avatars created with, for example, human brain cells from different individuals, will enable us to simulate cohort studies without having to dose a single human being. This will increase confidence in drug candidates and at the same time help us to identify the patient groups that are most likely to respond. In addition, toxicology panels consisting of liver cells will enable us to quickly work out whether a drug is harmful and in particular the groups of individuals that are most likely affected based on their personal genetic makeup. And these avatars can also be personalised with our own cells and used to predict our own response to treatments.

3. A new class of (cell) therapies.
We are at the beginning of the third wave of medicines: cells themselves being used as drugs that are intelligent and react to their environment. These therapies are starting to emerge and the early results are astonishing: patients who suffer from untreatable blood cancers are cured by having their T Cells reengineered with chimeric antigen receptors (CARs) to attack their cancer. The next generation of cell therapies will be precise, highly consistent, and scalable; and it will extent the use of cells to tackle diabetes, Parkinson’s, genetic diseases, and many other conditions.


With these tectonic shifts occurring all at the same time, we are in the middle of a revolution in how we develop new drugs. This will lead to more precise and personalised medicines. Naturally this will also lead, I believe, to an expansion of all medical technologies, including cell therapies.

How do we access human cells at scale? Reimagine biology!

So why has this not happened already? Because today, getting hold of human cells is difficult — we rely on donors where the variability is high and the bottleneck is finding donors in the first place. Some cells are impossible to source — for example, I don’t know anyone who would like to donate their brain cells…

A long hailed alternative to harvesting cells from human individuals are pluripotent stem cells. Their promise was that they can be used to create any cell type via a process called directed differentiation, which mimics embryonic development. However, after nearly thirty years of research, we have learned how difficult this is. Only a handful of cell products have been created using this process and these are not widely used.

The third option is based on synthetic biology. This is what bit.bio is working on. We reprogram cells with a new identity to manufacture cells at scale.

To do this, we have to reimagine biology…and take a software approach where the identity of a cell is something we can program. For this purpose let’s look at a cell as if it were a piece of hardware, a biological computer. The nucleus contains the DNA. This is the hard drive of a cell (mainly consisting of ROM). Here all the genetic programs of a cell (organised in gene regulatory networks, GRNs) are stored; together they form LifeOSTM, their operating system. At any particular moment in time, only a subset of genes are active and transcribed into RNA. Together, DNA and RNA form the information layer, which is translated into the physical and structural components of a cell that define its function and identity.

By changing the active programs (GRNs), it is possible to change the identity of the cell. This can be achieved by activating the appropriate transcription factors, a specific subset of genes, which act like ‘coding’ words of a programming language, controlling the activity of the genetic programs.

‘Programming’ living cells is not new. This synthetic biology approach has been applied to bacteria, yeast and other simple organisms to create sophisticated medicines, such as antibodies, and more recently materials for industrial production. But the human cell is far more complex and more difficult to control.

The first evidence that human cells can be reprogrammed dates back to the 1980s when Harold Weintraub’s team identified a new gene, encoding a transcription factor he called MyoD. When they introduced MyoD into other cells they turned into muscle cells. His findings challenged many existing dogmas about what constitutes cell identity. Unfortunately, his knowledge was lost for nearly 30 years, until 2006 when Shinya Yamanaka developed a reprogramming protocol for turning skin cells back into pluripotent stem cells.

I believe that Yamanaka’s discovery will turn out to be one of the most transformative scientific discoveries in this century. Now every individual can have their own personal rejuvenated stem cells (or induced pluripotent stem cells, iPSCs), generated from a simple blood draw. These findings have inspired a number of talented scientists, including Marius Wernig, a professor at Stanford and also, I’m privileged to say, a bit.bio advisor, to explore whether this concept of cell reprogramming could be applied to other cell types. Since then the field has taken off and many more cell types have been reprogrammed.

One of the challenges that limits successful reprogramming of cells is a process called gene silencing. The cells recognise that the transcription factors activated as part of the reprogramming process are at odds with their current state and switch them off before they convert into the new cell type. This is where the technology developed in my lab, that is now the foundation of bit.bio, provides a solution. opti-ox(TM) is a control system that is inserted into specific locations in the DNA called genomic safe harbour sites. It consists of the transcription factors combination required for reprogramming into a particular cell type and a genetic activation switch.

Genomic safe harbour sites are unique locations in the genome that allow engineering cells without interfering with their function; they are also less prone to gene silencing than other areas of DNA. Using opti-ox, it is possible to deterministically reprogram pluripotent stem cells (iPSCs) into the desired target cell type. So far we have been able to generate brain cells, muscle and fat cells, various immune cells, liver cells, and so on in a highly reproducible and scalable manner.

These findings break several scientific dogmas, such as the need for epigenetic remodelling that forms part of the differentiation process, and the idea that biology is a ‘fuzzy science’. opti-ox indicates that in order to deterministically reprogram a cell, it is necessary and sufficient to control the expression of the reprogramming factors.

With opti-ox it is possible to instruct cells to execute a new program, without escape, as if they were a piece of hardware and turn them into a mature cell type. This determinism and granular control of cellular states driven by transcription factor combinations transitions biology into engineering.

The implications are significant: we may finally be able to unlock the promise of stem cells and regenerative medicine.

An earlier version of this blog was published by: The Stern Stewart Institute - the Periodical.